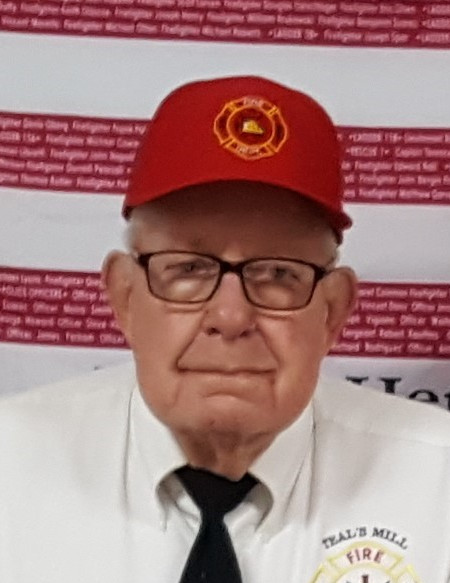 Chief Ronda Paul “R.P.” Presson (RET) age 87, entered into rest on Sunday, May 15 at McLeod Hospice House, Florence, SC. Funeral services will be 2:00 PM Tuesday, May 17, 2022 at First Southern Methodist Church by the Reverend Dr. Jack Jarrett, with the eulogy being delivered by Chief Junior Kerns. The committal service will follow in the Mt. Olivet United Methodist Church Cemetery.

Chief Presson will be escorted to the church and his final resting place on the TMRVFD Engine 46.


Mr. Presson was born March 3, 1935 in Union County, NC, a son of the late Paul Asa and Myrtle Mills Presson. R.P. was a graduate of Unionville High School in Unionville, NC and Appalachian State University in Boone, NC.  He was a former educator in the public-school systems and postal worker in Cheraw, SC.  R.P. was a charter member and former Conference Board Chair and building committee member of First Southern Methodist Church. R. P. was a former member of the Men's Cartwright Club at First Southern Methodist Church. He was also a charter member of Teals Mill Fire Department where he retired as Fire Chief on January 1, 2020. He enjoyed watching Gamecocks sports, working the polls during elections, eating breakfast at Huddle House, and relaxing on the swing with his dog by his side.

In addition to his parents, R.P. was also preceded in death by his wife, Barbara McBride Presson.