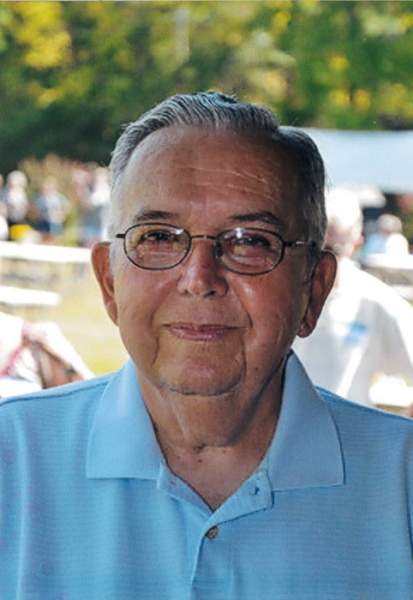 Mr. Charles Eugene “Gene” Sellers, age 94, entered into rest on Tuesday, March 3, 2020. Funeral Services will be 3:00 PM Thursday, March 5, 2020 from the chapel of Miller-Rivers-Caulder Funeral Home by Rev. Dewayne Evans, Rev. Mack Mullis, and Brent Taylor with burial to follow in the Mt. Croghan Memorial Park. The family will greet friends from 2:00 - 3:00 PM Thursday prior to the service at the funeral home.

Mr. Sellers was born on October 7, 1925 to parents, Charles Spencer and Sarah Louise Hendrick Sellers. He graduated from Mt. Croghan High School in 1942 and served in the U.S. Navy during World War II. A charter member of the Mt. Croghan – American Legion, Gene served one year as commander and 26 years as Adjutant. Mr. Sellers served on the Steering Committee helping to organize and form the Ruby – Mt. Croghan Volunteer Fire Department. He was employed as a textile executive with West Knitting Corporation for 40 years, retiring in 1987. He then spent 2 years working with the Chesterfield Chamber of Commerce as Executive Director.

A lifelong member of Elizabeth Baptist Church, Gene served as chairman of the board of deacons, Sunday school teacher, and pianist for over 60 years. He also held several positions with the Chesterfield Baptist Association. Other organizational activities include; (former board of directors): West Knitting Corporation, Wadesboro Rotary Club (served as pianist for that club for 14 years and was named a Paul Harris Fellow in 1998), former treasurer and chairman of the Southern Piedmont Safety Council which served eight N.C. counties; charter board member of Chesterfield County Rural Water Company, former member and Mayor ProTem of Mt. Croghan Town Council where he chaired the Beautification Committee and was instrumental in planning and developing Rivers Park. He also researched and assembled several volumes of historical facts which are on file in the Mt. Croghan museum. He was also a faithful and active Gideon. Most recently, Gene served as pianist for the Senior Circle Chorus.

In addition to his parents, Mr. Sellers was also preceded in death by his beloved wife of 64 years, Margaret R. Sellers; an infant brother; and sister, Eloise “Issy” Sellers.

To order memorial trees or send flowers to the family in memory of Charles Eugene "Gene" Sellers, please visit our flower store.