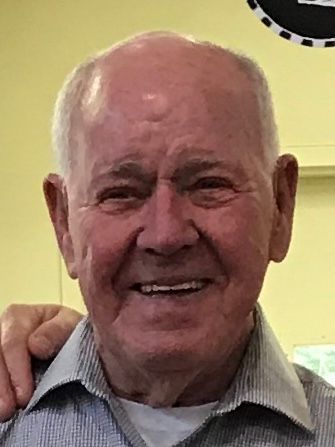 Mr. Cecil Lee Catoe, Sr. age 82, passed away peacefully at his home on Friday, March 27, 2020. Due to the current restrictions in place at this time the family will hold a private family graveside service at the Mt. Croghan Memorial Park officiated by his son, Cecil Catoe, Jr. The public is invited to view the service on the Miller Rivers Caulder Funeral Home Facebook page beginning at 11:00 AM Monday, March 30, 2020.

Mr. Catoe was born April 29, 1937 in Kershaw, SC a son of the late Benjamin Catoe and Grace Catoe (Melvin) Broughton. Cecil joined the United States Air Force in 1954 and served for four years. He was a retired employee of Continental General Tire. Cecil loved the Lord and was a member of Westside Baptist Church, and was also a mason with the Jackson Masonic Lodge #53.

Mr. Catoe loved being with his family, camping at the lake or enjoying Sunday dinners, Cecil could always be found cracking jokes and pulling pranks. He had 2 favorite hobbies, first, being at his shop working with his hands on anything, and secondly, taking a good nap.

In addition to his parents, Mr. Catoe was also preceded in death by a daughter, Lynn Fields; step-son, Timmy Lear; and brothers, Robert and Wilbert Catoe.

To order memorial trees or send flowers to the family in memory of Cecil Lee Catoe, Sr., please visit our flower store.
Send a Sympathy Card