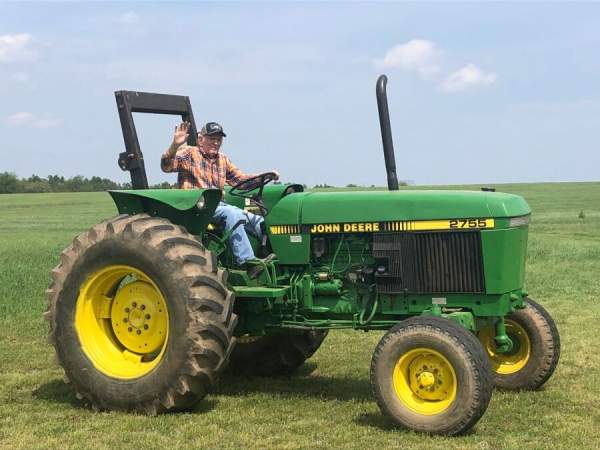 Billy Wayne Curlee, 76, of Jefferson, South Carolina, made his crossing into Glory Land on Friday, June 11, 2021, in his home surrounded by his loving family to forever be with his Lord and Savior Jesus Christ and his precious Wife, Faye.

Billy was born on July 4, 1944, in Marshville, NC, to the late Walter Roy and Aileen Sikes Curlee.

Billy Wayne was first, a loving son, brother, husband, father, poppy, and great grand poppy. Billy worked hard to provide for his family and take care of them as the Lord commanded him to do. He loved the Lord with all his heart and served him faithfully for the majority of his life. He was a faithful member of First Baptist Church of Pageland, where he served as a former deacon and had been a member for over 50 years. He loved his church and church family. Billy worked hard most of his adult life raising cows and turkeys on his beautiful farm. He loved his cows more than the turkeys and considered them “farm family”. He was a wonderful man who kept his word and purposed to the Lord to always do his best. He was a wonderful father to his children and a loving poppy to his grand-children and great grand-child. He loved his family more than life itself and was always willing to give of himself for their betterment. He loved going hunting, fishing, and working on the farm with his sons and grandsons and hearing the voice of his grand-daughters sing for the Lord made his heart swell with joy. He loved to hear his grandchildren sing and preach for the Lord. Billy was also blessed to know his precious little great grand-child, Joanna Faye, and that is truly what kept him going, even on the harder days of life. He fought a long and hard battle, but he never failed to thank the Lord for all His blessings in his life.

In addition to his parents, Billy is preceded in death by his faithful and loving wife of fifty-five years who is his forever sweetheart, Edith Faye Curlee, his stepmother Katherine Clark, sister-in-law, Jean Curlee, father-in-law and mother-in-law, Roscoe and Lillie Mae Timmons, brother-in-law, Honey Rollings, sister and brother-in-law, Louise and Tommy McCray, brothers and sisters-in-law, Charlie and Mary Lois Timmons and Joe and Doris Timmons, and nephews, Larry Benton and Bob Curlee.

The family will receive friends from 6-8 P.M. on Monday, June 14, 2021, at Miller-Rivers-Caulder Funeral Home and the celebration of life will be held on Tuesday, June 15, 2021, at 11:00 A.M. at the First Baptist Church in Pageland, SC, with graveside service and burial to follow in the church cemetery.

The family would like to thank the staff of Regency SouthernCare Hospice for their kind and compassionate care of Mr. Billy. They would also like to send a special thank you to Mrs. Beverly Vaughn, who went above and beyond to show caring, compassionate, and loving care to Mr. Billy and their entire family.

Memorials may be made to Regency SouthernCare Hospice, 205 E. Main Street, Chesterfield, SC 29709

To order memorial trees or send flowers to the family in memory of Billy Wayne Curlee, please visit our flower store.