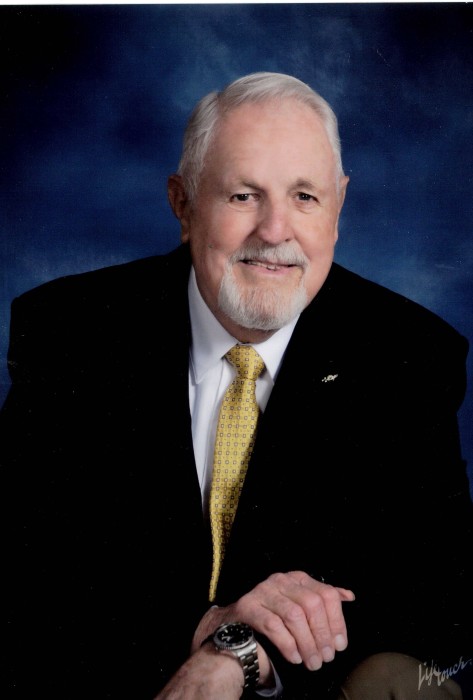 PAGELAND:  Billy F. Pigg, 89, passed away January 29, 2020 at home surrounded by his loving wife and family.  Funeral services will be held at 2:00 p.m. Saturday, Feb. 1 at Providence Baptist Church, 232 Providence Church Road, Pageland with Revs. Roger Wall and Ernest Winburn officiating.  Burial will be at the church cemetery.  The family will receive friends on Friday, Jan. 31 from 5:00 to 7:00 p.m. in the Providence Family Life Center.

Mr. Pigg was born January 12, 1931 in Pageland, the eldest son of the late B. C. Pigg, Jr. and Vennie Robertson Pigg.  In addition to his parents, he was preceded in death by his daughter Cynthia “Cindy” Pigg Collins of Pageland; brother, James Rance Pigg; sister Fanell P. Rivers of Mt. Croghan; sister and brother-in-law Katrina P. and Charlie Sturgis of Monroe.

Billy graduated from Pageland High School in 1947 and Wingate College in 1949.  Upon graduation he began a 41-year automobile career, 17 years with Hursey Chevrolet in Pageland and 24 years as dealer principal / owner – operator of Bud Motor Company, the Ford-Mercury dealership in Cheraw.  He was also in partnership with his son, Farris, at Farris Ford in Pageland from 1975 until 1980.  He sold his Cheraw dealership in July 1990 and worked for 11 years with the Chesterfield County Department of Social Services and also the Chesterfield County Chapter of the American Red Cross, retiring in June 2001.

Billy was always active in numerous community and civic affairs, always putting his whole heart into what he did.  His example of hard work, thoroughness, and high standards will always be remembered and cherished by those who knew and loved him.

Billy was a charter member of the Pageland Junior Chamber of Commerce, serving as Vice President and President.  He served on the SC State Junior Chamber of Commerce as National Director, International Director, Chaplain, and Vice President.  He was a member of the Pageland Chamber of Commerce and served on the Steering Committee of the Pageland Watermelon Festival for a number of years.  He served as Chairman of the Pageland District # 4 School Board, Past Master of Mt. Moriah #58 Masonic Lodge, and a member of Omar Shrine Temple.  He was Chairman of the Chesterfield County DSS Board for 25 years and then was elected to represent the Fifth Congressional District on the State Health & Human Services Finance Commission where he served until 1990.  He was a representative to the Carolinas Ford Dealers Association and served one term as Vice Chairman and Chairman.  He also served on the Good Samaritan Colony Board of Directors and the Chesterfield County Rural Water Company Board for 16 years until his retirement in May of 2016.

Billy was a dedicated family man who deeply loved his wife and his two children, four grandchildren, five great-grandchildren and two great-great-grandchildren.  He was a man dedicated to his God and his church and had a sincere and abiding faith in the Lord Jesus.  He was always a member of Providence Baptist Church with the exception of the 24 years he lived in Cheraw.  During that time, he was a member of Cheraw First Baptist. He taught a Sunday School class for more than 58 years and has held many positions and offices in the church including Deacon Chairman.

Survivors include his wife of 69 years, Bobbie T. Pigg, son and daughter-in-law, Farris and Jane Pigg of Cheraw; four grandchildren, Britt Pigg and his wife, Caleigh, of Rock Hill,  Brad Pigg and his wife, Jessie, of Pageland, Melissa Shrum of Spartanburg, Jon David Shrum and his wife, Dana of Boiling Springs; five great grandchildren, Elisa Petty of Spartanburg,  Katelyn Elizabeth Pigg, Kenzie Grace Pigg and Kolton Bradley Pigg, who was born on his birthday in 2016, of Pageland, Taftt Riggins Pigg of Rock Hill, Stevie Rose Shrum, and twins Salem and Silas Shrum of Boiling Springs; and great-great-grandchildren, Milani and Miguel Petty of Spartanburg; son-in-law, David Collins of Pageland; sister-in-law Sue Pigg of Virginia Beach; brother-in-law, Jimmie Attaway Rivers of Mt. Croghan; nieces and nephews Kathy Sturgis Ward and her husband Ronnie of Winchester, VA; Neal Sturgis and his wife Diane of Fort Mill; Lt. Col. (Ret.) James R. “Jim” Pigg, Jr. and his wife Cathy of Fayetteville, GA; Tavia Pigg Hazel and her husband Wade of Reelsville, IN; Jimmie Rivers and his wife Michelle of Mt. Croghan; Peggy Pigg Palacioz and her husband Tony of Virginia Beach; Scott Rivers and his wife Dale of Wadesboro along with their families, a number of cousins and by his furbabies, Faja and Bushy.

Memorials may be made to the Providence Baptist Church Building Fund, 232 Providence Church Rd., Pageland, SC 29728.

To order memorial trees or send flowers to the family in memory of Billy F. Pigg, please visit our flower store.
Send a Sympathy Card