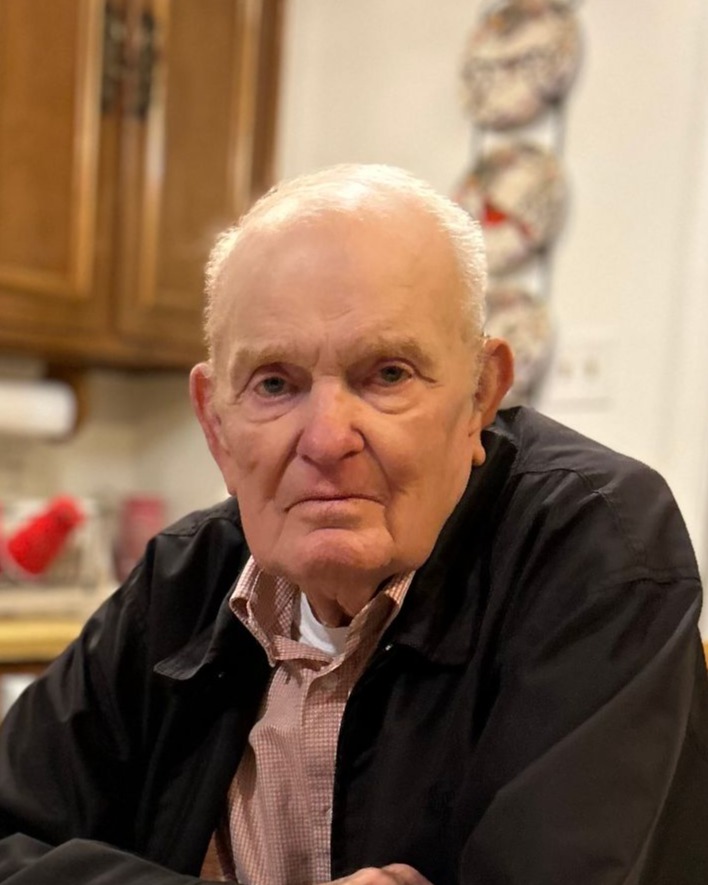 Mr. Billy Sellers, age 86, entered into rest on December 9, 2022. He was born April 30, 1936 and was the youngest child of Jesse Washington (Watt) and Phodie Boan Sellers. In 1954, he married his “Honey,” Betty Joyce Gibson Sellers. They would have celebrated their 68th anniversary on December 24.

Mr. Sellers worked in the plywood industry for many years before working with his good friend, Jack King at Nivens Hardware. His last employment was as owner of Professional Roofers with his son, Timmy Sellers. He was a jack-of-all trades who could build or fix anything, and he never met a stranger.

Mr. Sellers was a founding member of Calvary Baptist Church in Cheraw and was steadfast in his love for Jesus. He was affectionately known as the “Candy Man” sharing his sweet treats at church and with those he met along the way.

He was also known as a Secret Santa giving out countless two-dollar bills. In 2016, Billy was honored by the Cheraw Police Department as their citizen of the year.

Memorials may be made to the charity of the giver’s choice.

His Lord said to him, “Well done, good and faithful servant: you were faithful over a few things, I will make you ruler over many things. Enter in the joy of your Lord.”

To order memorial trees or send flowers to the family in memory of Billy Sellers, please visit our flower store.