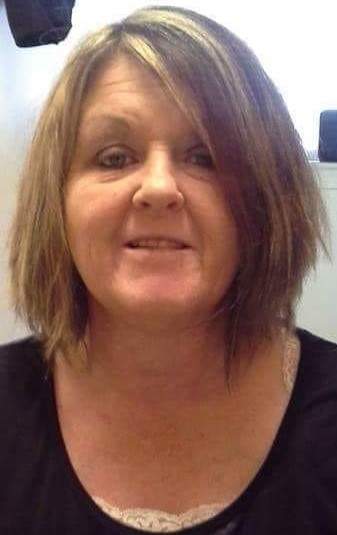 Ms. Angela Gail McClain Langley, age 55, entered into rest on Saturday, February 6, 2021 at her home with her family by her side. Graveside services will be 3:00 PM Thursday, February 11, 2021 at Greenlawn Memorial Park of Pageland by Preacher Cotton Pate. The family will receive friends from 6:00 PM – 8:00 PM Wednesday, February 10, 2021 at Miller-Rivers-Caulder Funeral Home.

Ms. Langley was born June 9, 1965 in Union County, NC a daughter of John Wesley McClain, Jr. and the late Marian Louise Player McClain. Angela was an excellent cook and worked in different restaurants in years past. She enjoyed fishing, singing and dancing, and always enjoyed going for a ride. No matter what she was facing, Angela always had a smile and was happy.

In addition to her mother, Ms. Langley was also preceded in death by her grandparents, John McClain, Janie Suelee McClain, and Roy and Nancy Player.

To order memorial trees or send flowers to the family in memory of Angela Gail McClain Langley, please visit our flower store.